Dior’s Cruise Collection 2020 embodies unitarism within the world in a sensitive manner. Showcasing her latest collection in Marrakech with the backdrop of rustic glamour of a ruined palace. The two-day adventure began at Paris El Badi surround with terracotta colonnades of the 16th century fortress. The pool set alight by hundreds of torches sparkled above the surface. While models glided around the pool. 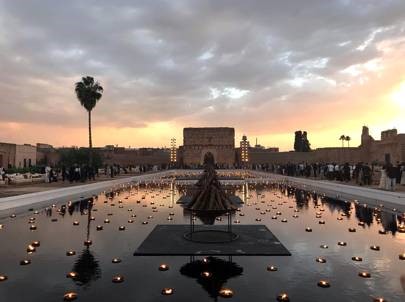 The collection at the heart of Chiuri. Inspired with the cultural exchange between the codes of Dior and the pan-African craftsmanship she has always admired. Chiuri quoted ” “The real thing for me wasn’t just to speak about craftsmanship from around the world. To go around the world and see the codes of Dior from different points of view.” Chiuri said, noting how the wax fabric originated in Europe, then travelled to Asia and eventually found a home on the African continent.” Working with traditional wax print fabric produced on the ivory coast, then fused with the traditional Dior motifs with a new look silhouette. The fabric truily embraced the cross-cultural clientele of Dior. 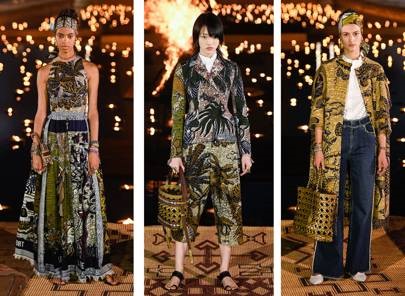 Opened by the quote from Moroccan writer Tahar Ben Jelloun. ““Culture teaches us to live together, teaches us that we’re not alone in the world, that other people have different traditions and ways of living that are just as valid as our own.”

As we pass through our lives equality and sensitivity plays a greater role than ever. Tackled head on by Maria Grazia Chiuri 2020 Collection. Through cultural appreciation and cultural appropriation sensitively through fashion.

Chiuri Quoted “In this moment, there’s a lot of focus on cultural appropriation, but I think we have to explain how craftsmanship travels around the world; why it’s often so difficult to find the ‘real’ reference,” she said, referring to the pan-African Wax print fabrics that characterised the collection. “Wax started in Europe and moved through Asia, then back to Africa. We want to move our heritage in a contemporary way and give it a different attitude, and this material does that.” 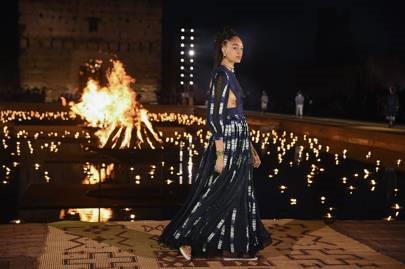 Chiuri educated herself on wax fabrics of the African continent by consulting French anthropologist Anne Grosfilley. Guiding the collection through introducing Uniwax from the Ivory Coast. This intricate handmade print technique which forms patterns.

Grosfilley commented. “It’s about celebrating the diversity of old African cultures. But it’s not an African collection. It’s about the connection between different cultures and promoting African savoir-faire.”

“It’s different to what has been done before because usually designers like the idea of what ‘looks African’ while they don’t provide work and do something which is really African. Maria Grazia’s point of view was to promote one hundred per cent, African-made textile but not to make ‘an African style’. This collection embodies the connection between all the continents in the world.”

Located at 98A High Street, Steyning, West Sussex, BN44 3RD. Why not pop in and have a look at our range.

If you have been inspired by the collection

Book your consultation today to ensure you stand out from the crowd this summer.

This site uses Akismet to reduce spam. Learn how your comment data is processed. 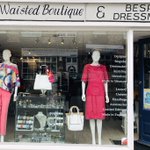 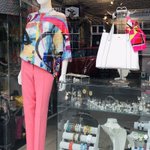 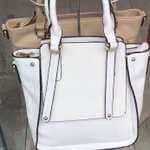 Good afternoon to you all from the Get Waisted team, hope you all had a very enjoyable bank holiday weekend. Well to add to your lovely weekend here are my beautiful weekly window display hope it helps to make your week a little brighter. https://t.co/41omLKUdE2
h J R